On the weekend of 14 and 15 May 2022, the Teiresiás Centre of Masaryk University in Brno will host the 15th run of Agora – a unique educational event focused on the use of information and communication technologies by users with visual impairments.

Participants come to Agora to learn about the latest innovations in the field of special computer technology, to exchange their experience or to practice their skills in working with information and communication technologies using a screen reader or magnification software. 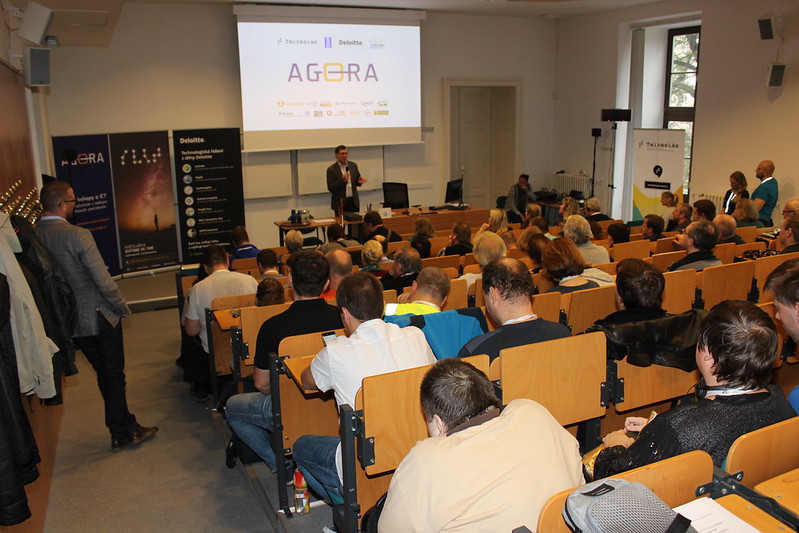 Based on the very positive feedback, we have again decided to continue with the popular and requested Agora programme scheme of „plenary, exhibition and workshop section“.

The common plenary session for up to 130 participants will take place on Saturday morning and will offer participants the opportunity to learn about selected topics through short, frontal-led presentations.

Participation in the plenary session and the exhibition is possible without prior registration.

On Saturday afternoon and Sunday morning practical workshops will take place, which we still see as the core of Agora. The capacity of each workshop will again be limited to approximately 5 people so that they can get to know the topics discussed as well as possible.

The Plenary Session will take place on Saturday 14 May from 10.00 to 12.00 and is free of charge. And what contributions can you look forward to?

Developing spatial intelligence is vital for blind children because this enables them to create accurate mental images of the surrounding world, but also helps them become better at space orientation.

The Tactile Images e-learning platform offers teachers access to a library of 1.500 self-describing drawings. At the same time, it allows them to create drawings with personalized descriptions that have a QR Code attached to them.

After the drawing has been embossed, the child can explore it independently with the help of Tactile Images Reader app. The app reads the QR Code, identifies the drawing and then the position of the finger on the drawing reading the descriptions written by the teacher in the platform to the blind or visually impaired child.

The Tactile Images e-learning platform is the missing link between spatial education and remote teaching because it wishes to break the barriers imposed by physical dependency of another person. It does this by replicating the effort of the teachers and by transferring their knowledge online, so that every child has access to personalized information and independent learning anytime and anywhere. This new method increases the learning speed and broadens the special education curricula.

Petr Dušek: Activities of the organisation Nesmir (astronomy and cosmonautics for the visually impaired people)

The Expert Group for Barrier-Free Astronomy and Cosmonautics of the Czech Astronomical Society (Nesmir for short) is dedicated to making popular astronomy and cosmonautics accessible to people with various disabilities. The current main domain of this group is the topic of astronomy and cosmonautics for people with visual impairments. We organise thematic talks, evening sky observations, trips to interesting places. We are also becoming part of an international community of interest… there is certainly no shortage of activities. In this presentation we will summarize what we are doing or not doing, what things we are up to – not only from a short-term perspective, but we will also try to be prophetic and give information about events that are yet to happen.

Tactile graphics have long been on the periphery of interest for typhlopedic specialists and the blind community itself, although they may represent one of the most effective ways of experiencing reality without visual control. That is why the tactile leaflet of the ELSA Centre of the Prague CTU was created. What is ATELION? What is the tactile leaflet called HMATÁK? A brief introduction of the workplace and its new product.

Milan Pešák: The innovated application Knihomol, new tutorials and other news from Spektra

We’ve added new features to the application Knihomol (“Bookworm”) that will make reading books and magazines even more convenient. In this presentation, we will briefly introduce them and say a few words about the new tutorials and other new features from Spektra, which has been here with you for 33 years.

Marek Susčík: New features and extensions in the OKOadd-on for NVDA

We will introduce new extensions available in the OKOadd-on for NVDA, which make it easier to obtain information of various nature, mostly from information sources available on the Internet. (This add-on is accustomed only to the Czech virtual environment, the translation of the add-on’s name is EYE).

Michal Jungmann: RUBY 10 – the greatest of the Ruby family

The new game studio Kikiriki Games focuses on the development of blind friendly mobile games and now presents “To the Dragon Cave”, a title that both blind and sighted players will enjoy. Another area Kikiriki Games is working on is removing barriers in the labor market. That’s why a team of visually impaired and sighted contributors worked on “To the Dragon Cave”. In this presentation, the co-founder of the studio Jana Kuklová will introduce the mission and goals of the Kikiriki Games project and introduce the audience to the new game designed for iOS and Android mobile phones.

Lukáš Hosnedl: Historical Czech game 1428: Shadows over Silesia welcomes you to the future of accessible video games, at present!

On September 6, 2022, the historical action adventure game “1428: Shadows over Silesia” for windows PC by indie developer Petr Kubíček will be released (a public demo will be available this summer). It promises around thirty hours of gameplay time, a number of fictional but also real historical locations in medieval Silesia that you will be able to visit, challenging combat, logic puzzles, sneaking in the shadows around dangerous enemies, hidden coins that only the most careful can find, complete Czech dubbing, an engaging dark fantasy story with two playable characters and much more.

And why would you, as a participant of the spring Agora 2022, i.e. a user of assistive technologies for the visually impaired, be interested in a regular so-called mainstream videogame? Well, because as only the second game of this scale and the first ever Windows game, it will offer full support even for totally blind players from the moment of release, with no hidden tricky situations and technicalities, no complicated conditions, and no compromises! It is therefore not only a historical game in the sense that it takes place in a historical setting, but primarily in the sense of its historical importance for the evolution of accessibility even in a primarily visually oriented field such as video games.

Come and hear more details about what exactly the game has to offer and, in particular, how the implementation of such advanced accessibility features was developed, right from the source, so to speak.

Organiser of the event: the Teiresias Centre for the Support of Students with Special Needs
Venue: Komenského náměstí 2, 602 00 Brno
Date of the event: 14. a 15. května 2022
Participation fee: thanks to the support of Agora’s partners, participation in the special programme and refreshments during the event is free of charge; participants are responsible for their own transport and accommodation

The event is supported by Deloitte, the Czech Radio Endowment Fund from the Světluška fund, Moneta Money Bank, Sagitta and other partners

Agora would not be possible without partners who support it financially or otherwise. We are very pleased that this year we continue to cooperate with both of Agora’s key partners: the company Deloitte, which remains Agora’s main partner, and the Czech Radio Endowment Fund, which supported Agora with a grant from the Světluška fund. Moneta Money Bank joined Agora’s key partners in 2022. We thank all the partners for their trust and support. 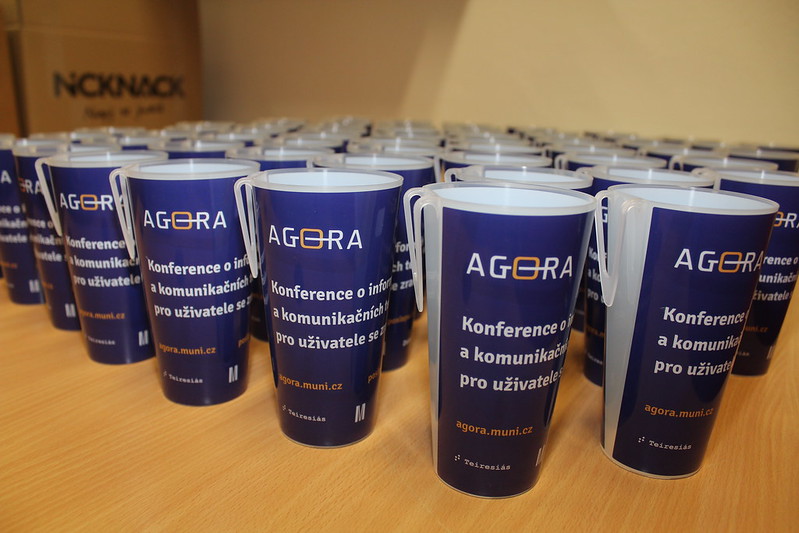 We are looking forward to seeing you 🙂 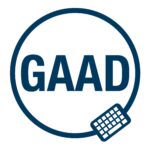 Agora is for the eighth time part of the Global Accessibility Awareness Day – an awareness day focusing on digital access and inclusion for the more than one billion people with disabilities and impairments. 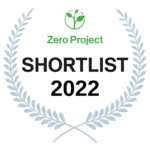