I feel deeply honored being one of the invitees opening this year’s Agora conference, reaching to hundreds of sight-impaired individuals, eager to learn about new information technology helping them to feel fully included in our society 👏… with 1700+ views of the Czech stream and 100+ views of the English stream (the conference happened today!!) 🥳 I am very proud of the incredible job that our university center Teiresias is doing in this respect, providing aid to all the students of Masaryk University challenged with special study needs, and contributing far beyond the university. Thank you! 🙏 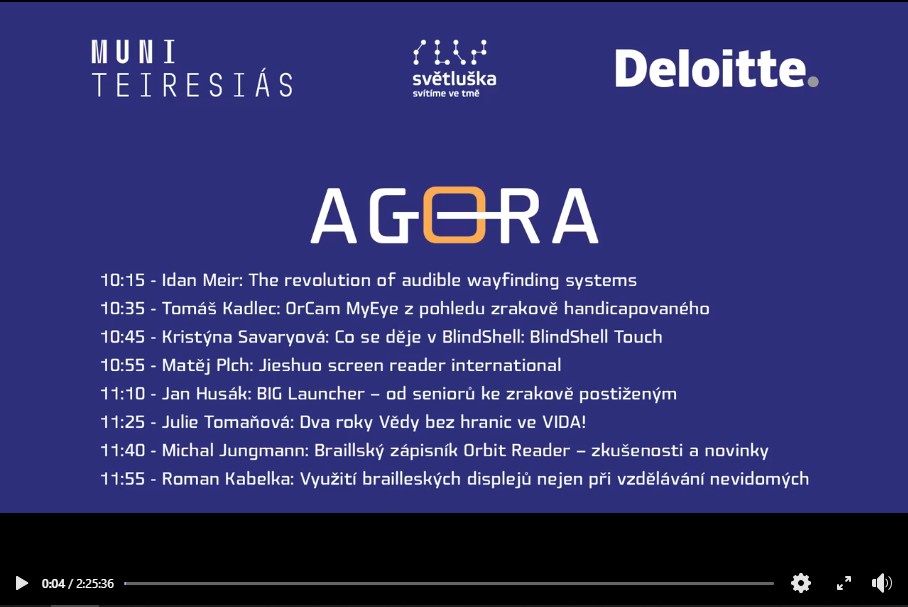 A Live Stream of the Plenary Session in English will start on Thursday, October 22nd at 10 AM (CEST).